Mr. Yaron Eitan is a technology entrepreneur and investor with over 30 years of experience building and operating privately held and publicly traded companies.

He is also co-founder and Chairman of both Emporus Technologies, which deploys deep learning in capital markets, and Marpai Health, utilizing advanced analytics in healthcare, catering primarily to US payers.

Mr. Eitan is co-founder and co-Chairman of 340Basics Technologies, a healthcare IT company that grew from zero to $40 million in revenue in just over 5 years. Previously, he managed CNTP Israeli investment arm, a technology venture fund, was the co-founder and chairman of DVTel Inc, Magnolia Broadband, and Geotek Communications, a publicly traded company in wireless communications.

Mr. Eitan holds an economics degree from Haifa University and an MBA from the Wharton School of the University of Pennsylvania. 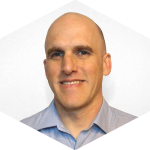